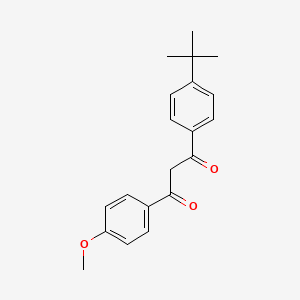 "Avobenzone is an FDA-approved chemical to block UVA, the primary culprit of premature aging and skin cancer. But avobenzone breaks down very quickly in sunlight and releases harmful free radicals. So many brands add avobenzone stabilizers like octocrylene, homosalate, or octisalate. However, these chemicals may also trigger an allergic response and/or disrupt your hormone level."

The famous Avobenzone. It is a special snowflake as it is the only globally available chemical sunscreen agent that provides proper UVA protection (in the US, new generation sunscreen agents are not approved because of impossible FDA regulations). It is the global gold standard of UVA protection and is the most used UVA sunscreen in the world.
It gives very good protection across the whole UVA range (310-400 nm that is both UVA1 and UVA2) with a peak protection at 360 nm. The problem with it, though, is that it is not photostable and degrades in the sunlight. Wikipedia says that avobenzone loses 36% of its UV-absorption capacity after just one hour of sunlight (yep, this is one of the reasons why sunscreens have to be reapplied after a few hours).

Avobenzone is commonly used to block the full range of UVA rays and is reported as ‘unstable’ in physical sunscreens.

On its own, the ingredient destabilizes when exposed to light. To combat this, it’s often paired with other ingredients (such as mexoryl) to stabilize avobenzone.

In many countries, avobenzone is used in combination with zinc oxide and titanium dioxide specifically, but in the United States, the combination isn’t permitted.

While it’s found in broad-spectrum sunscreens, it’s often combined with other chemicals because avobenzone by itself will lose 50 to 90 percentTrusted Source of its filtering abilities within an hour of light exposure.

In the U.S., the FDA deems this ingredient safe but restricts the concentration amount to 3 percent in sunscreen formulations.