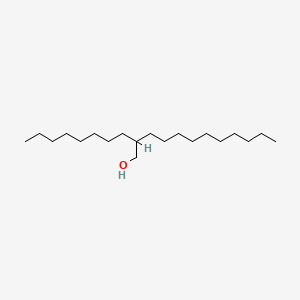 The EWG rates Octyldodecanol as low hazard, although it should be noted that a study published in Cosmetics and Toiletries in 1979 showed irritation occurred in tests of Octyldodecanol, even in low concentrations, and again in a study published in the Journal of Toxicology in 1985. However, both were results were found when tested on rabbits. A 2006 study found that it enhanced the irritation of other ingredients.

Octyldodecanol is a branched-chain primary alcohol used as the isomer 2-octyl-1-dodecanol in cosmetics such as lipstick[1] as an anti-blooming agent, facepowder,[2] It is a medium spreading emollient, with equilibrium spreading pressure of 17.0 dyne/cm.[3]
辛基十二烷醇是支鏈伯醇，在口紅等化妝品中用作異構體2-辛基-1-十二烷醇[1]作為抗起霜劑，面霜[2]。它是中等分散的潤膚劑，具有均衡的分散壓力 17.0達因/厘米。[3]

2-Octyldodecanol is produced by the Guerbet condensation of decyl alcohol.
2-辛基十二烷醇是通過癸醇的格爾伯特縮合反應制得的。